We have previously published articles and blogs on the ATO’s focus on taxpayers who work for ride-sharing services like Uber to supplement their income.

The ATO has now issued fresh warnings of public crackdowns, specifically regarding drivers who are not meeting their obligations.

“We are getting data from financial institutions and directly from facilitators, so we know who you are, and we know if you aren’t correctly meeting your obligations,”

Assistant Commissioner Tom Wheeler then went on to warn:

“If drivers that we have been in touch with continue to ignore our prompts and don’t apply for an ABN and register for GST for their ride-sourcing enterprise, we will register them for GST and backdate that registration to the date of their first ride-sourcing payment. They will be required to lodge and pay all outstanding tax obligations, Penalties and interest may also be applied.”

The ATO highlighted that drivers needed to register for GST over two years ago, but many drivers have not complied yet. The ATO obtains information from banks and other financial institutions and has sent out tens of thousands of letters as a result, with some success at getting drivers to register for GST, however, there are plenty that still haven’t complied which has prompted the latest reminder.

Adding to the issue of ride-sharing drivers registering for GST is the problem that the population is changeable, and the work is often new to the taxpayers involved.

Many ride-sharing drivers have only begun quite recently while others start and stop - many driving for only a short period and they then find something else to do. They may not know that they needed to register and account for GST even though they may have performed comparatively few shifts.

Because it’s a relatively new industry, the ATO initially took an educative stance first, but with significant non-compliance still occurring it will be imposing penalties to those non-compliant taxpayers. 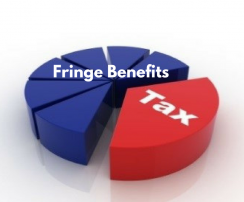 Because a significant number of employers are now using Uber and other ride-sharing services for their employees’ travel, implications arise due to the fact that under the FBT Act, a taxi is defined as a ‘vehicle that is licensed to operate as a taxi’. Therefore, the Section 58Z exemption cannot apply, as Uber drivers are not lawfully required to hold a license to operate as a taxi.

A second area of focus is the use of ride-sharing services for taxi travel between home and work locations, which aren’t included in the fringe benefits tax (FBT) exemption.

The ATO has contacted over 120,000 taxpayers about their GST obligations and will be monitoring the compliance of ride sharing workers this tax season.

Other Articles in This Edition: